Triforce (also called "Pieforce") is a scared relic and item from The Legend of Zelda video game series which is contained with the pieces Power, Wisdom, and Courage. It made a appearance at the end of the fourth level "Zeldabobo" where Abobo is rewarded with one of the pieces of the Triforce of Power after he recuses Princess Zelda from the Old Man. Abobo mistaken it for a pie and eats it as he said "Pie Is Tasty!!!" not burps and Princess Zelda replies "You idiot! that was a scared piece of the Tri-Force! Not a Pie-Force! you're so stupid Abobo!", Abobo then punches Zelda with her head and body falling off. 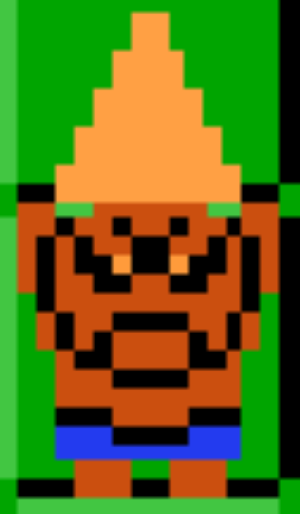