Samus Aran is the main protagonist of Metroid for the NES.

The sprite of Samus Aran playing a cello is taken from the NES version of Tetris.

She first appears in a cutscene in Pro Wrestabobo. She is shown in the Pro Wrestling stadium. When Abobo enters the stage, Samus morphs into a ball.

In Contrabobo, Samus Aran is vomited out by Kirby. She was obviously inhaled by Kirby offscreen. She is shown playing a cello.

Samus appears again in a "Punchabobo" cutscene where she is removes her suit, revealing her true form. She waves at a flying Little Mac head.

She is last seen being killed by Abobo as he is wearing her suit in a cutscene.

Sprite of Samus with a cello 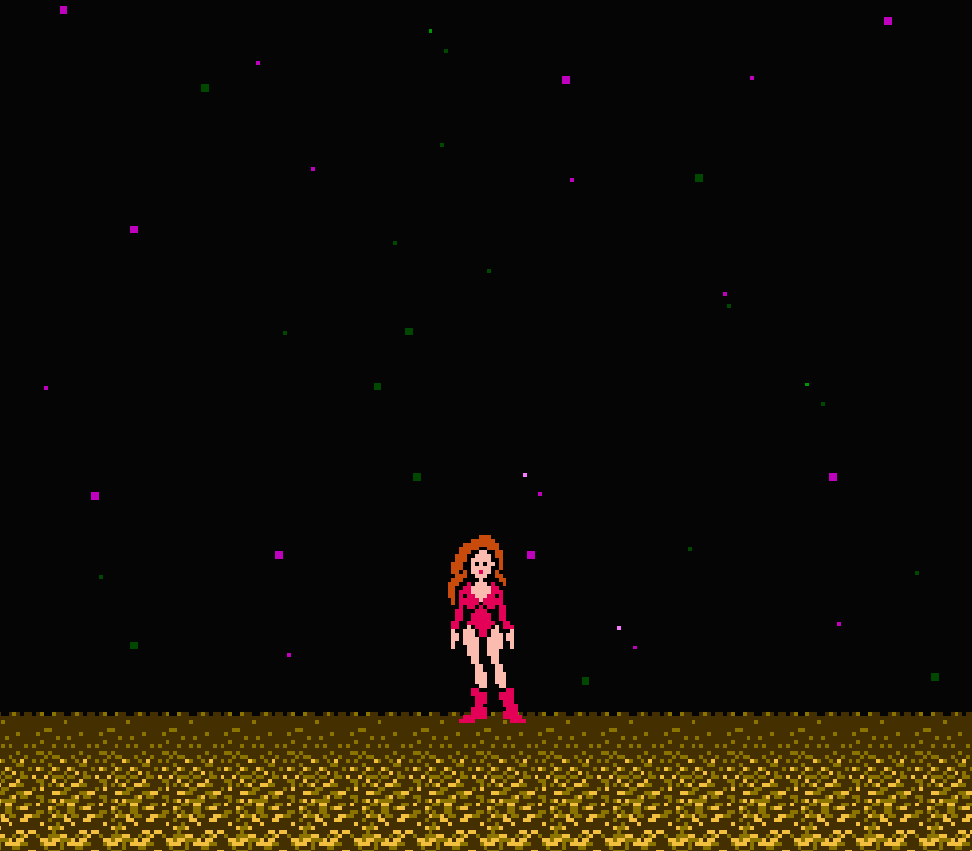 Sprite of Samus without her suit
Community content is available under CC-BY-SA unless otherwise noted.
Advertisement