Deceased
The Old Man is one of the major antagonists in Abobo's Big Adventure. He is the boss of the Zeldabobo level.

The Old Man debuts in the original The Legend of Zelda as a recurring character. When Link enters a cave, the Old Man states "It's dangerous to go alone! Take this" and gives him a sword. He then disappears. Several Old Man appear across Hyrule.

Unlike his original counterpart, The Old Man is an antagonist in Abobo's Big Adventure. A Merchant in the Zeldabobo dungeon will state that the Old Man "hates beef." Sometime later, you can get a beef power-up from an underground segment, which it can be used to defeat the Old Man.

Once Abobo walks in his room, the Old Man powers up with a shield. You have to defeat his beams. After defeating the Old Man, you spin his head by the effect known as a "meat spin", into a wall creating a crash. You can get either two Medals if you beat him with a sword or the beef power-up.

The Old Man starts off with a shield, even kicking the fight off by spawning enemies from his book you've fought earlier in the stage such as Choco Kisses, Octoroks, Skeletons, Tektikes, Bob-ombs, Shy Guys, Ghosts and Flurries. He can send out a wand that summons a yellow homing projectile. If you get hit by it, you will be turned into a snail for about ten seconds. It will be more prone to being attacked. He can fire red lasers from a small ring and a homing stream of fireballs from a candle. After taking enough damage, he splits himself into three more Old Men, who have a spin attack which they use via sword. After defeating them, he drinks a potion, transforming into the Old Giant. He can hit like a tank but he's a much larger target and his attacks are easier to dodge, but he gains invincibility frames during his attack start up which causes rocks to fall down on flashing red and white X's. 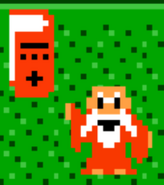 Old Man holding a book in his boss room 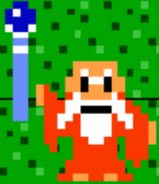 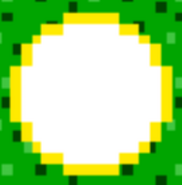 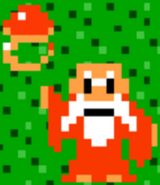 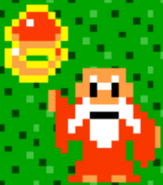 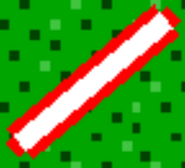 Old Man and a potion 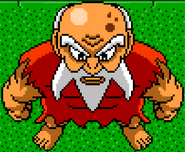 Old Man in the credits
Community content is available under CC-BY-SA unless otherwise noted.
Advertisement